How To Destroy Ant Colonies In Your Home 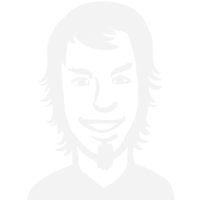 How To Destroy Ant Colonies In Your Home

Dealing with ants isn't as simple as it sounds due to the fact that ants live in huge numbers or what is known as colonies. A colony can be made of 300,000 to 500,000 ants. What is worse than that figure is the fact that these colonies can evacuate and relocate somewhere else when the ants feel threatened. So getting rid of ant trails in your house may not be enough when you are aiming to eliminate the ants; you must also deal with the nest locations of the ants.

The problem with locating ants is that you can never really locate all of them. There could be multiple colonies in different locations around the house. Fortunately, though, you do not need to locate the ants so that you can kill them. All you have to do is determine the type of food the ants need and use it as bait. If you can poison the bait, then the ant can take the food back to its colony and kill them all.

Ants mostly hunt for either proteins or sugar; it just depends on what the colony requires at a certain time. So if you bait them with the wrong choice of food, do not be surprised when you see the ants roving comfortably around the house. But determining the kind of food that the ants need isn't that hard; place samples of sugar and proteins in an area of your house where ants pass by and observe which kind of food they are going for.

Once you know the kind of food they are interested in, all that remains is coming up with a poison. If they are lusting for proteins, mix two tablespoons of boric acid (borax) with bacon grease or peanut butter. Set mounds of the mixture in a plate or on a piece of paper and place them in different locations in your house.

If the preference is sugar, mix two cups of sugar with two tablespoons of borax and one cup of water. Place the mixture in small saucers and set the saucers in different spots. For best results, these spots or locations should be busy with ants roaming around.

Of course it is not a must to bait the ants in order kill them; if you can easily see their areas of residence, you can wipe them out at once. For instance, you can disturb and even kill the colonies using a spray made of garlic and onion. Cut a medium organic onion and a clove of garlic into small pieces. Mix them in a small container and add a quart of water. Give the mixture one hour before adding liquid soap (1 teaspoon) and cayenne pepper (1 teaspoon). Spray the resultant mixture on the ants' residence.